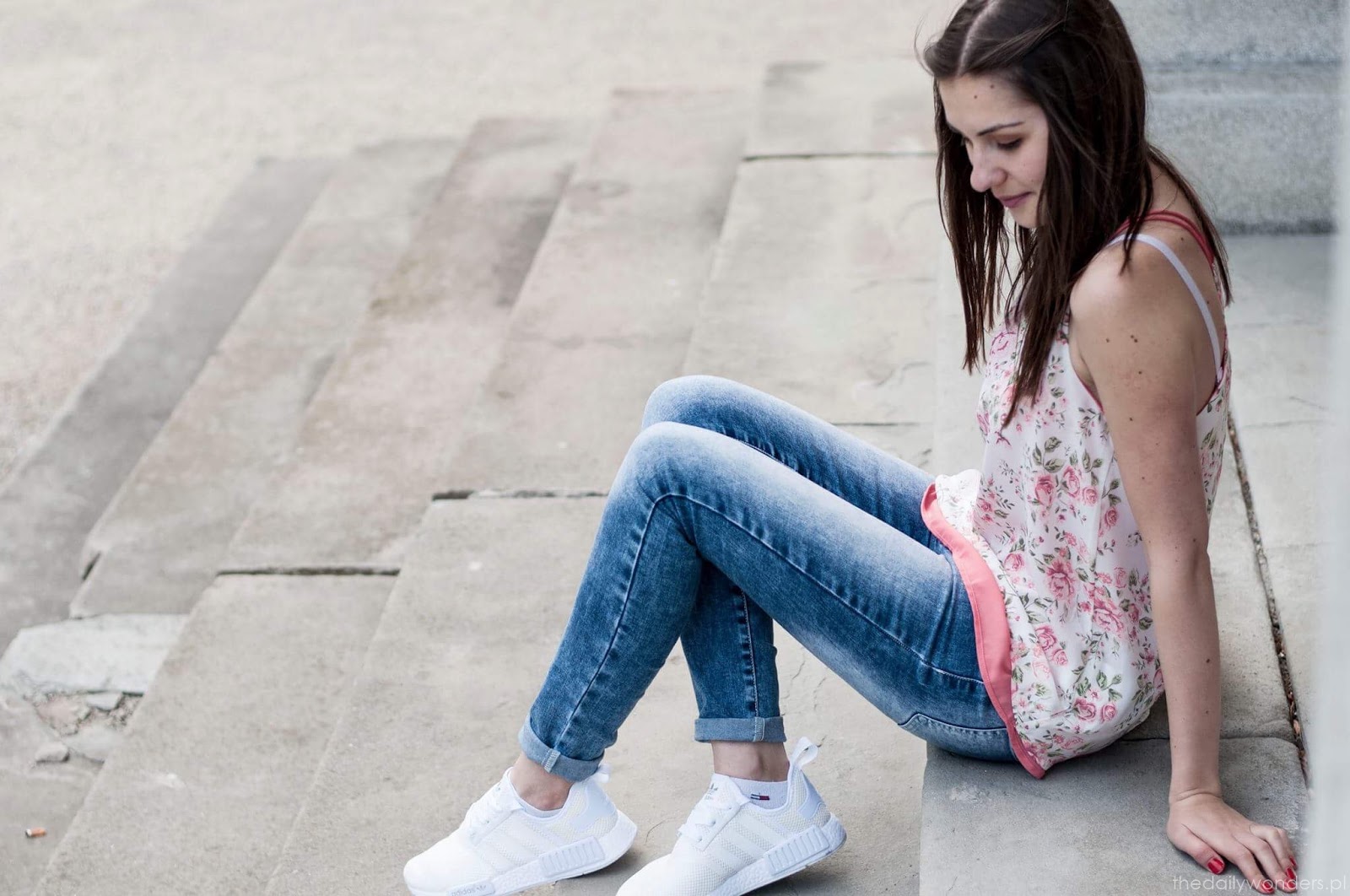 Living in a new city may result in a whole bunch of new experiences. Living in a new country can cause a real rollercoaster of changes. Especially if it’s already a third country change within last tree years. But when it’s not overwhelmingly scary, it’s definitely positive and inspiring. Learning about the new place, their culture, language and behaviors. Not to mention that local cuisine is a fairly important aspect as well.

I didn’t know much about Austria before. And to be honest, I didn’t even consider living in this country at all. While my main focus was Scandinavia, Austria stayed somewhere behind waiting for its time to come. While spending a year in a successful long-distance relationship, I’ve managed to visit Graz frequently during my flights every month (or twice a month) and discover some most common sights of the town, as well as of Austria itself; falling in love with Vienna and the Schönbrunn Palace. But settling down in one spot for a while is always different than even the best journeys – you start to notice different things and pay attention to how an everyday life in Austria looks like. And here are my favorite things about it: 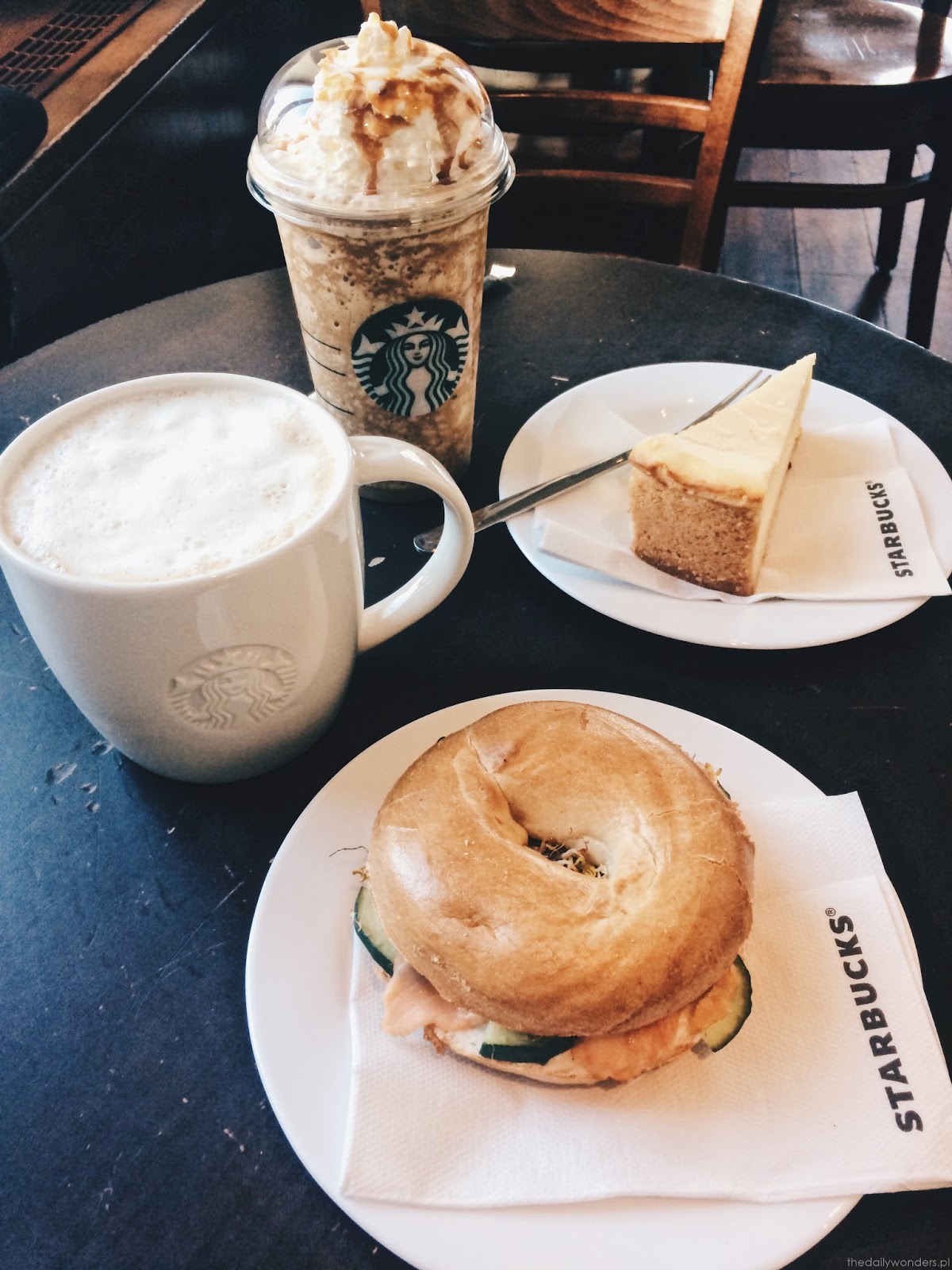 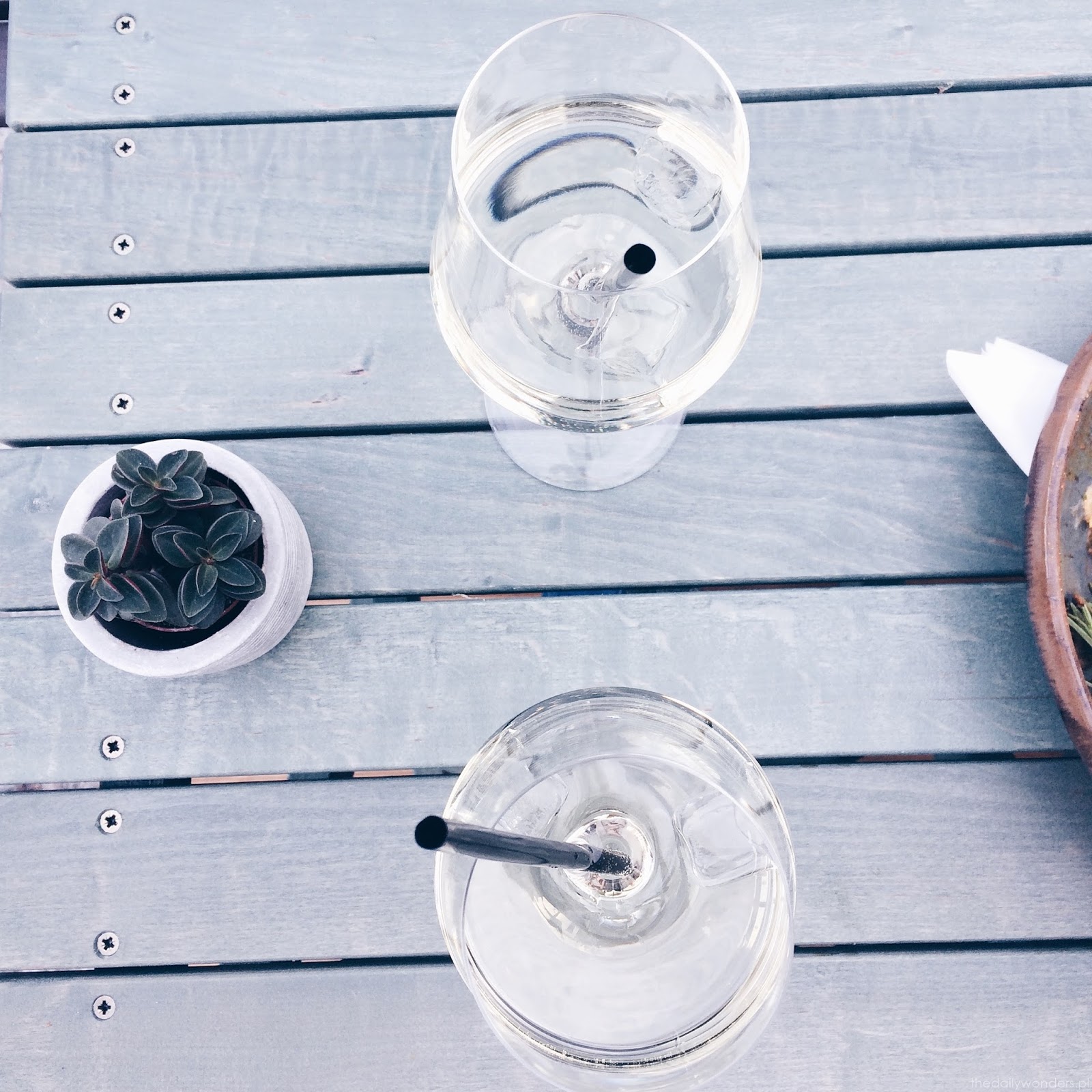 No matter what you do around the noon: if you’re working, entering the store, or simply passing by at the pedestrian crossing, most likely you’d hear people saying “mahlzeit!” (eng. “have a good meal”) to each other instead of saying “good day”. At first I felt a bit startled and unsure whether I understood it correctly that people are wishing each other a good meal, when nobody’s eating, but quickly realized that it’s one of my favorite Austrian habits. This simple reminder that it’s a lunch time is one of the most common things at my work. 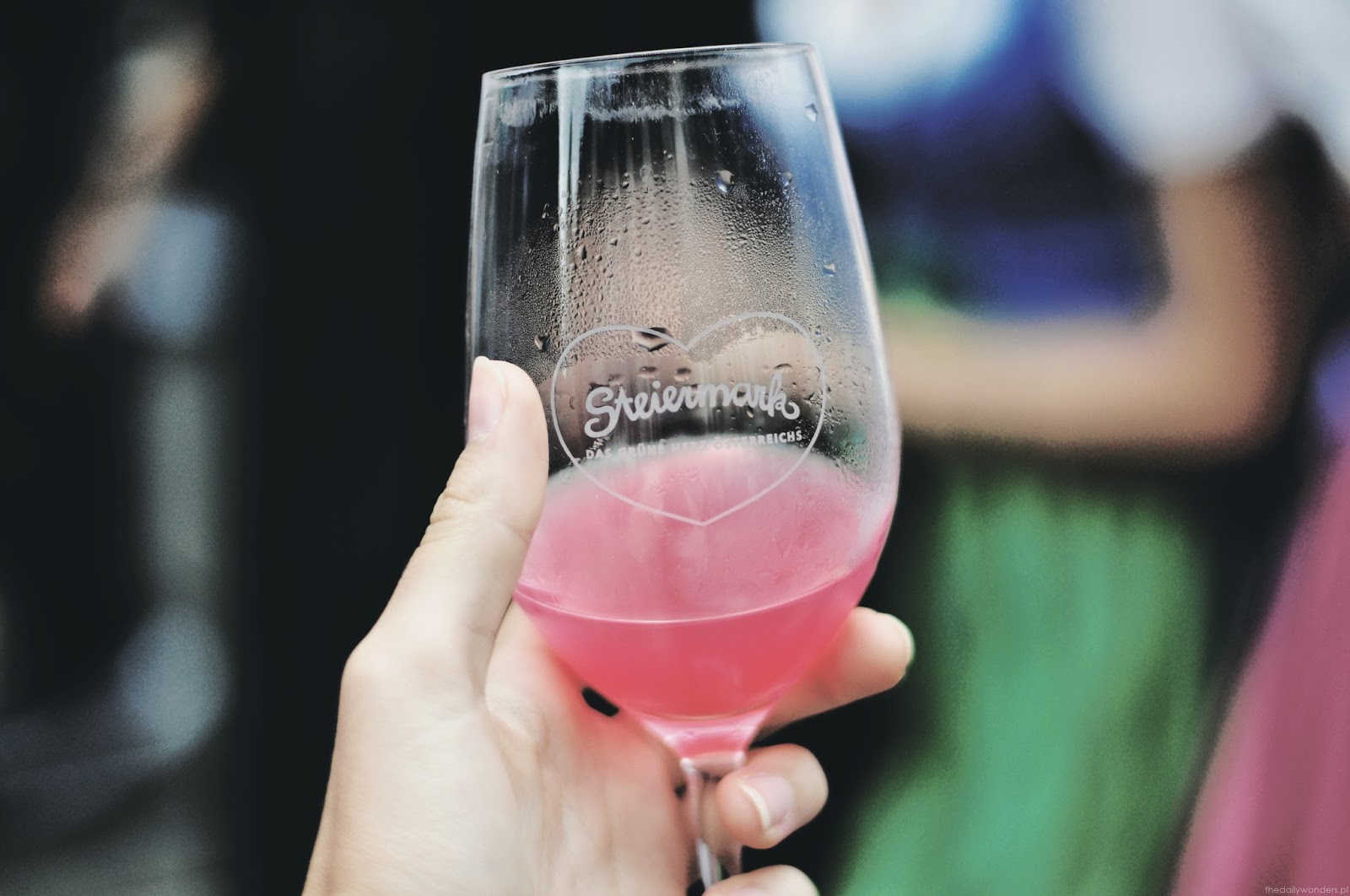 During the holidays, fests, weddings, proms and even during the weekends in the local beer gardens you may spot people wearing typical Austrian clothing pieces, such as: a layered dress for women and leather pants with suspenders for men. Surprised I thought at first that it’s some kind of dress-up party. I couldn’t be more wrong, because here it’s considered as elegant as a proper suit! Even though prices for hand-crafted ones are staggering (up to 1000€), it’s comon here to own a taylored, one of a kind piece. Even though I don’t fancy wearing it by myself, I enjoy seeing it around sometimes. 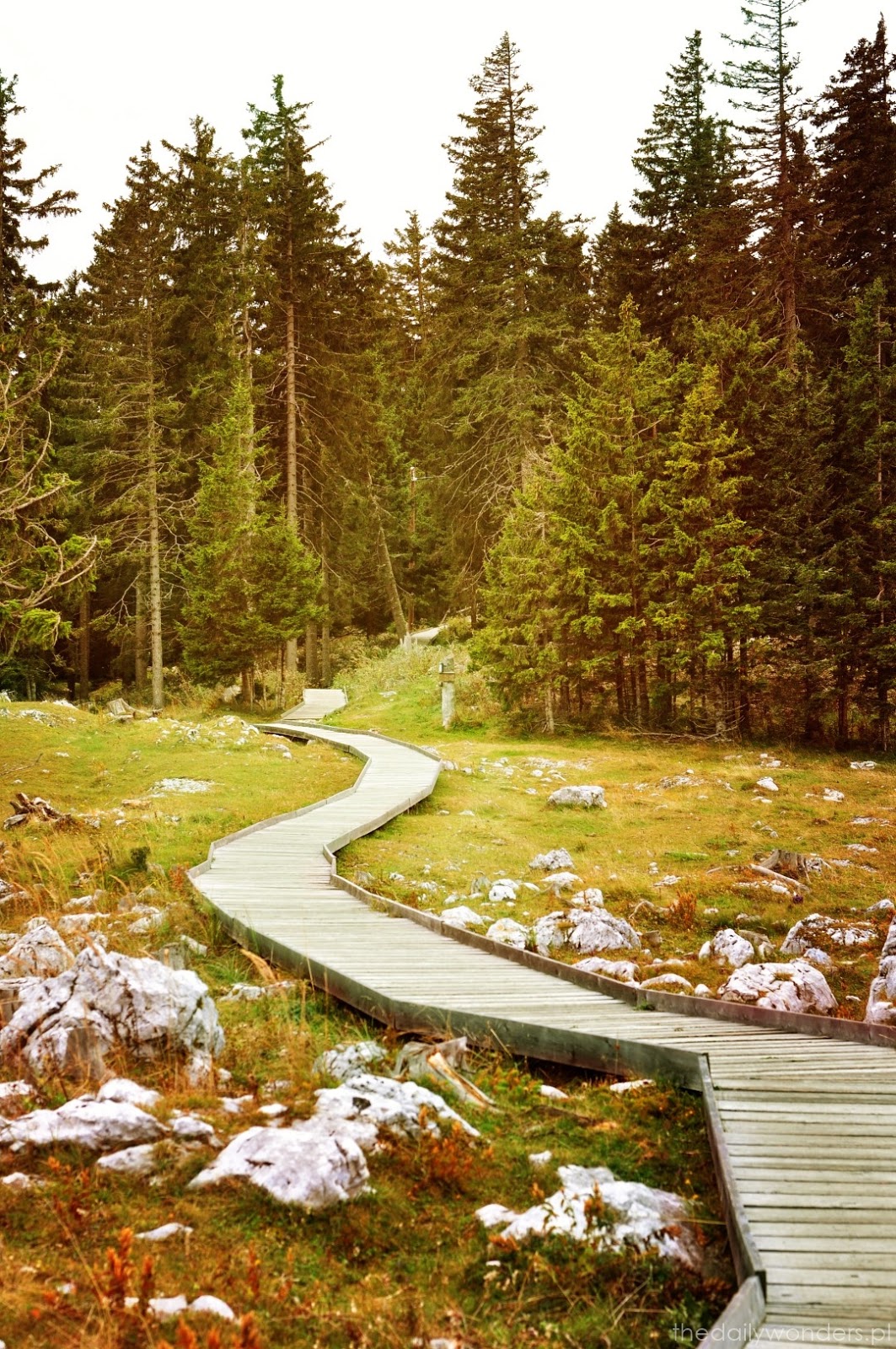 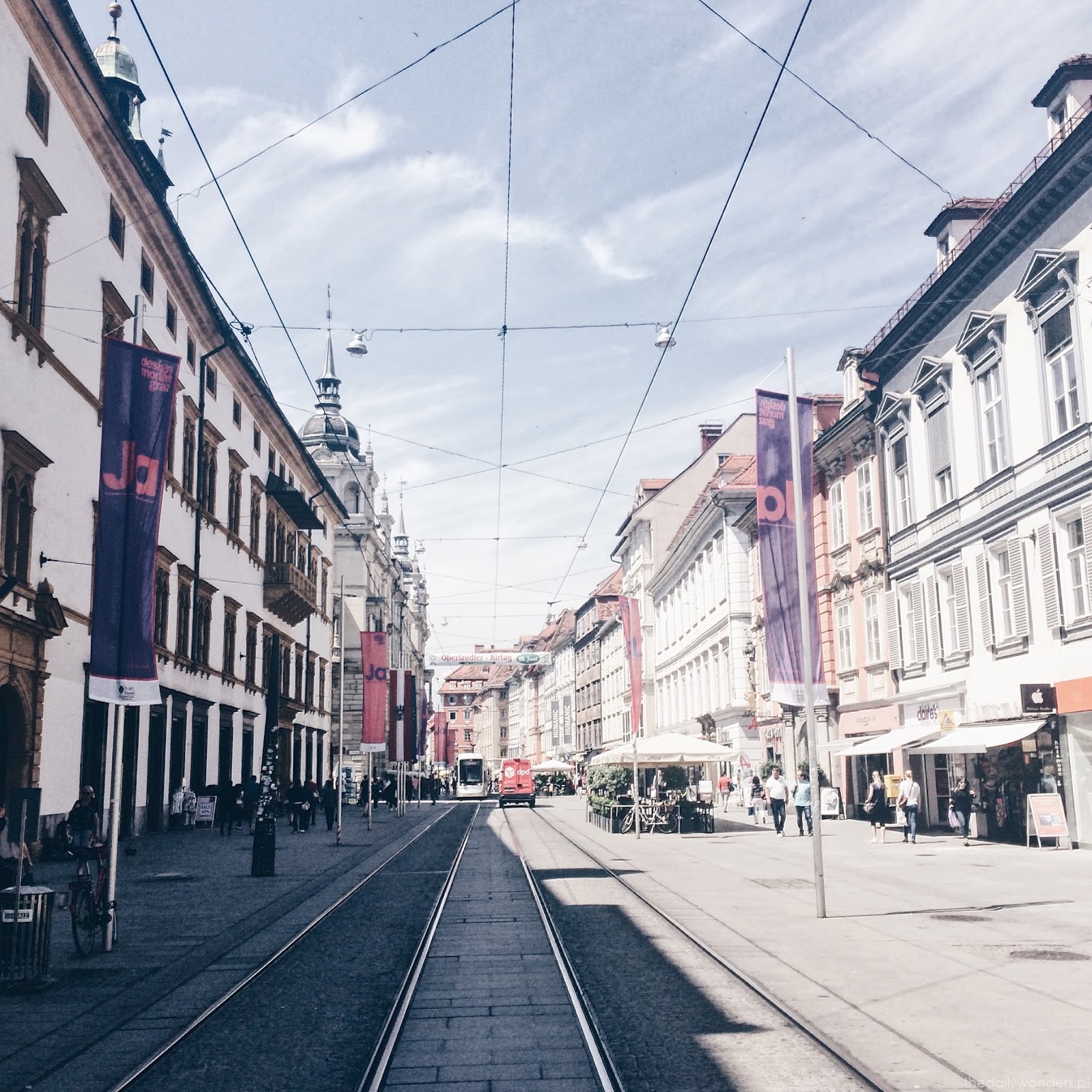 Rubbish segregation is no stranger to Austrians. Even though I have always followed those good habits while living in Sweden, Poland differs when it comes to the social mobilization to take care of the planet. Trash containers which eventually become all mixed up in the end is a common sight. That works against the motivation of people who question the point of home segregation then. Austrians in other hand keep it nice and organized. Glass separated by the colors, metal, plastic, paper and bio waste. Most of them are even washed before throwing away.
If you think that’s all, take a look around the Christmas time and you’d find the special “christmas tree collecting spots”. 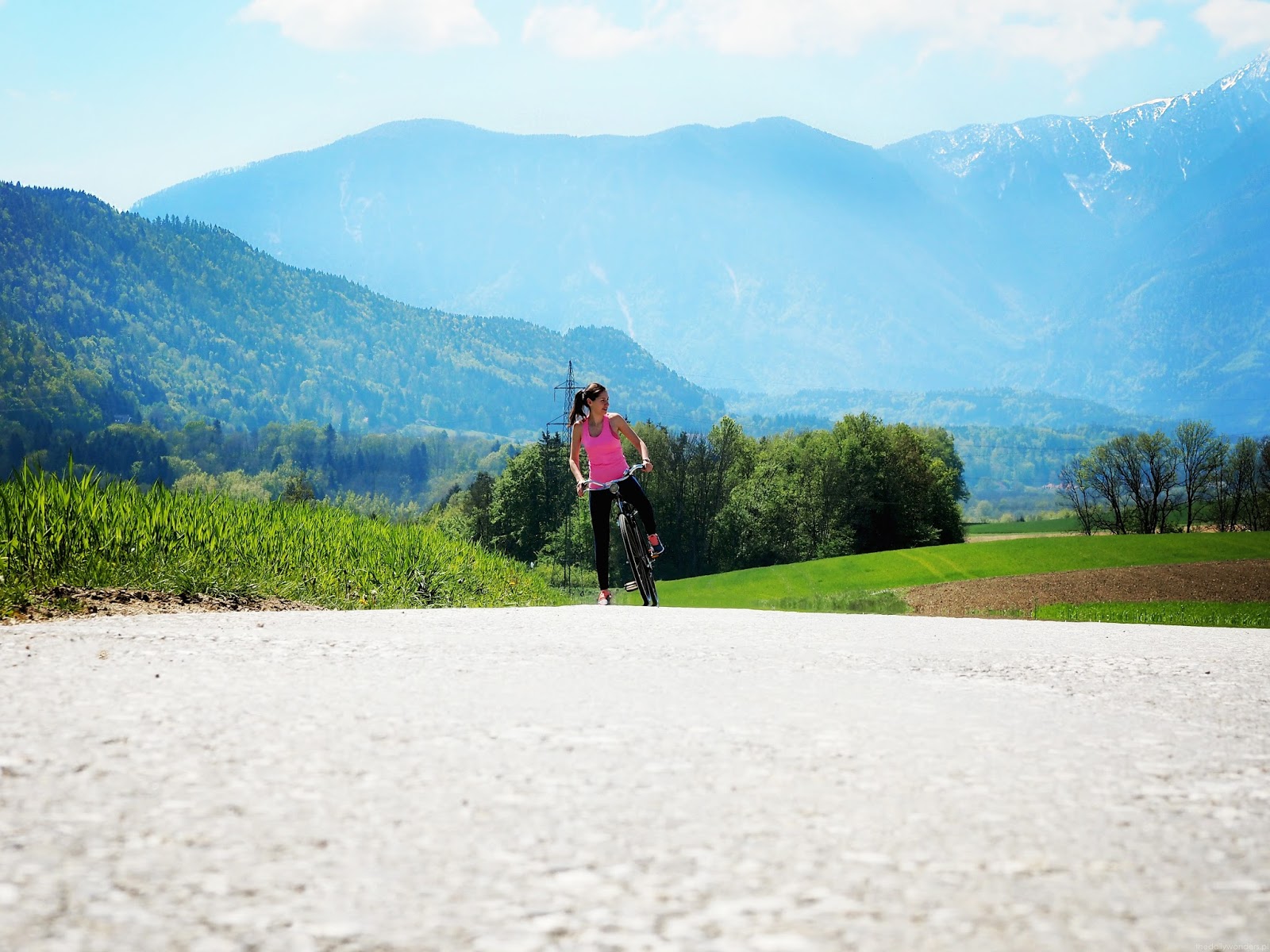 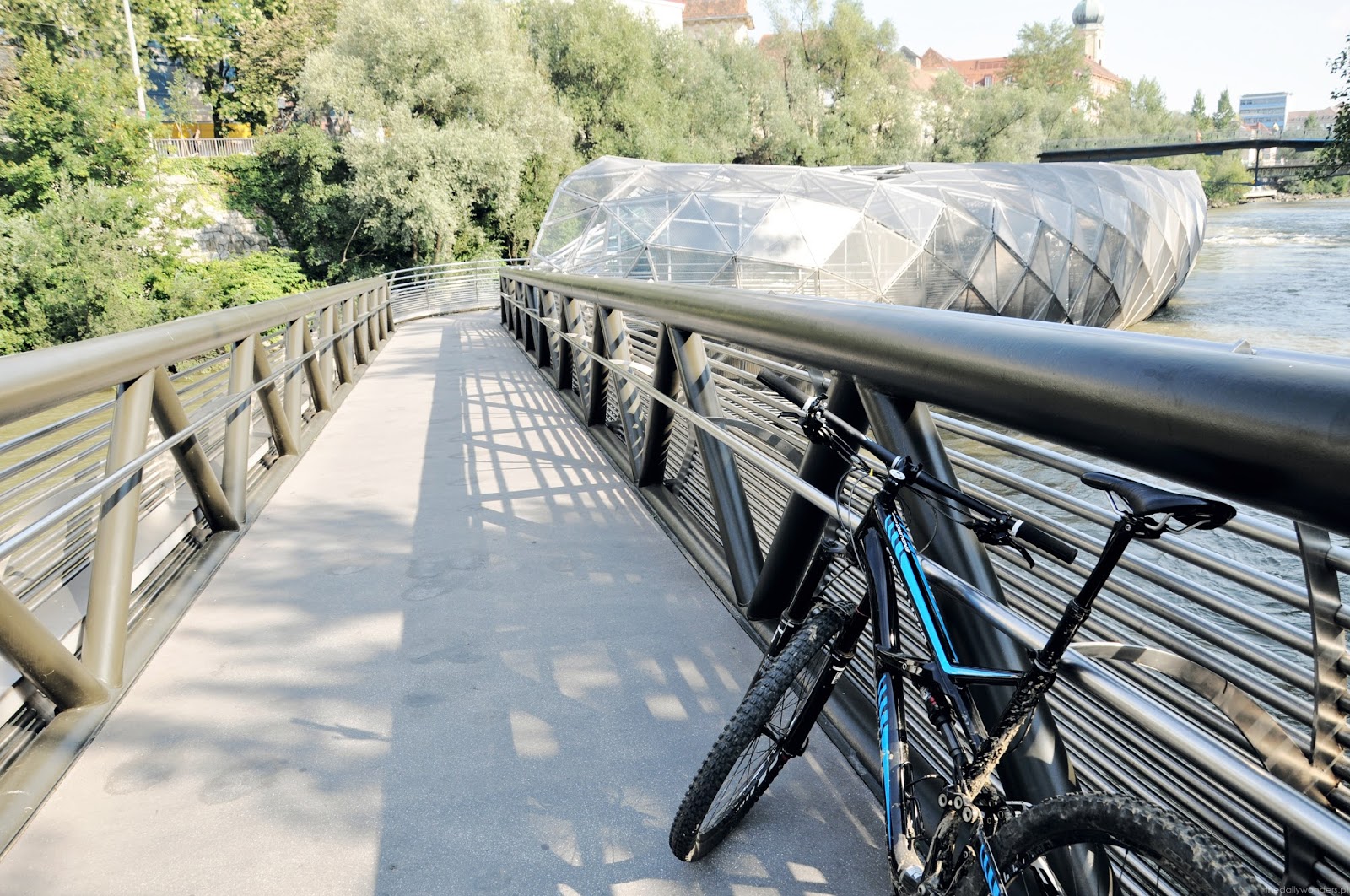 If you still imagine your daily commute by car, this idea may be quickly verified by the long traffics, no parking spots or in other hand – very expensive ones in the city centre. Finding a spot may end up with driving around in circles and becoming frustrated. Even though long distance journeys are still cheaper and more comfortable by car, short distance rides can (and should!) be easily replaced by bike. With quite expensive public transportation (2,20€ for the full fare ticket), bike becomes the most convenient alternative. In contrary, parking a bike is no problem at all, while most of the places provide special spots for them. So when I moved to the new office in the city I gladly used the opportunity to cover this short distance by bike (around 10 minutes one way). Yes, also in winter. 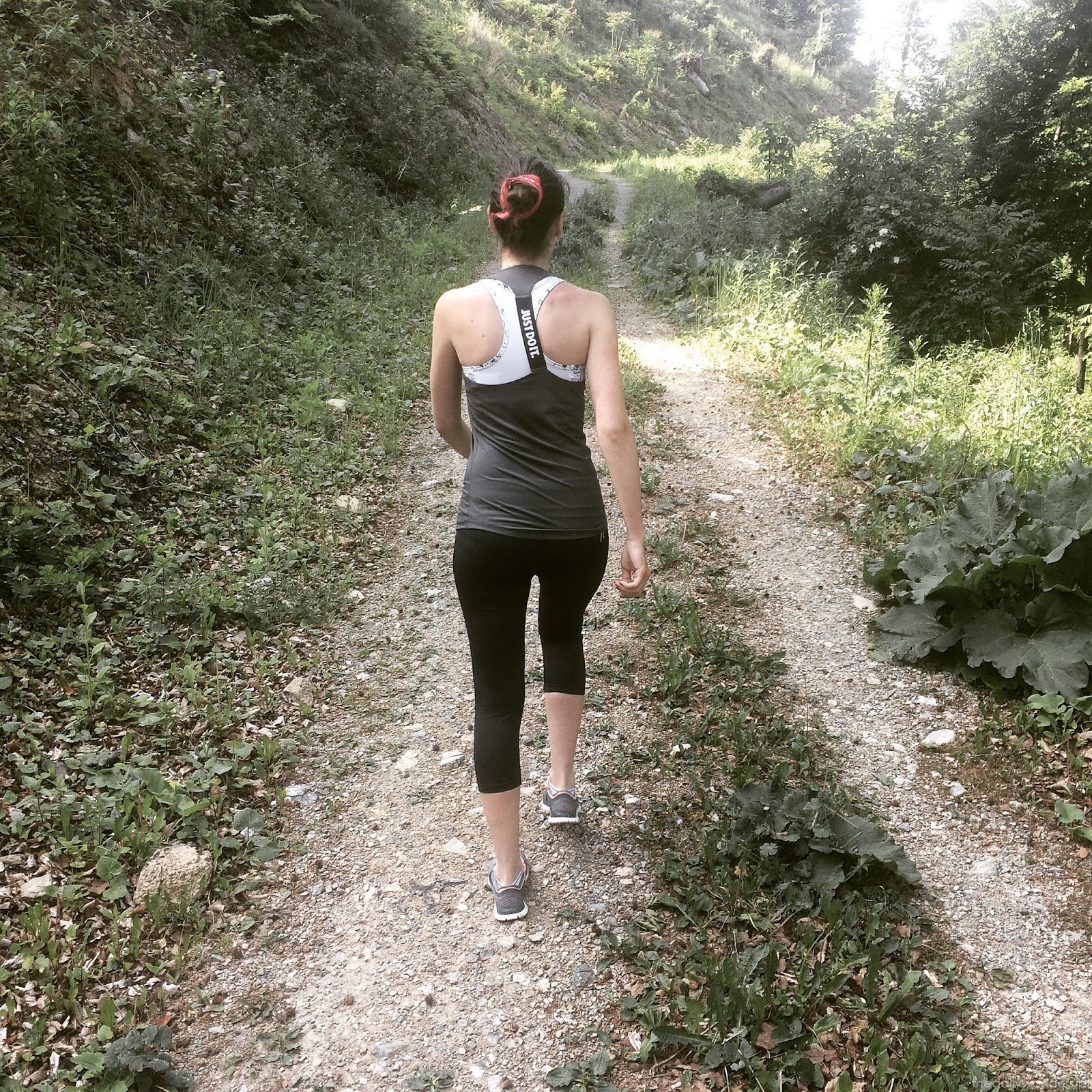 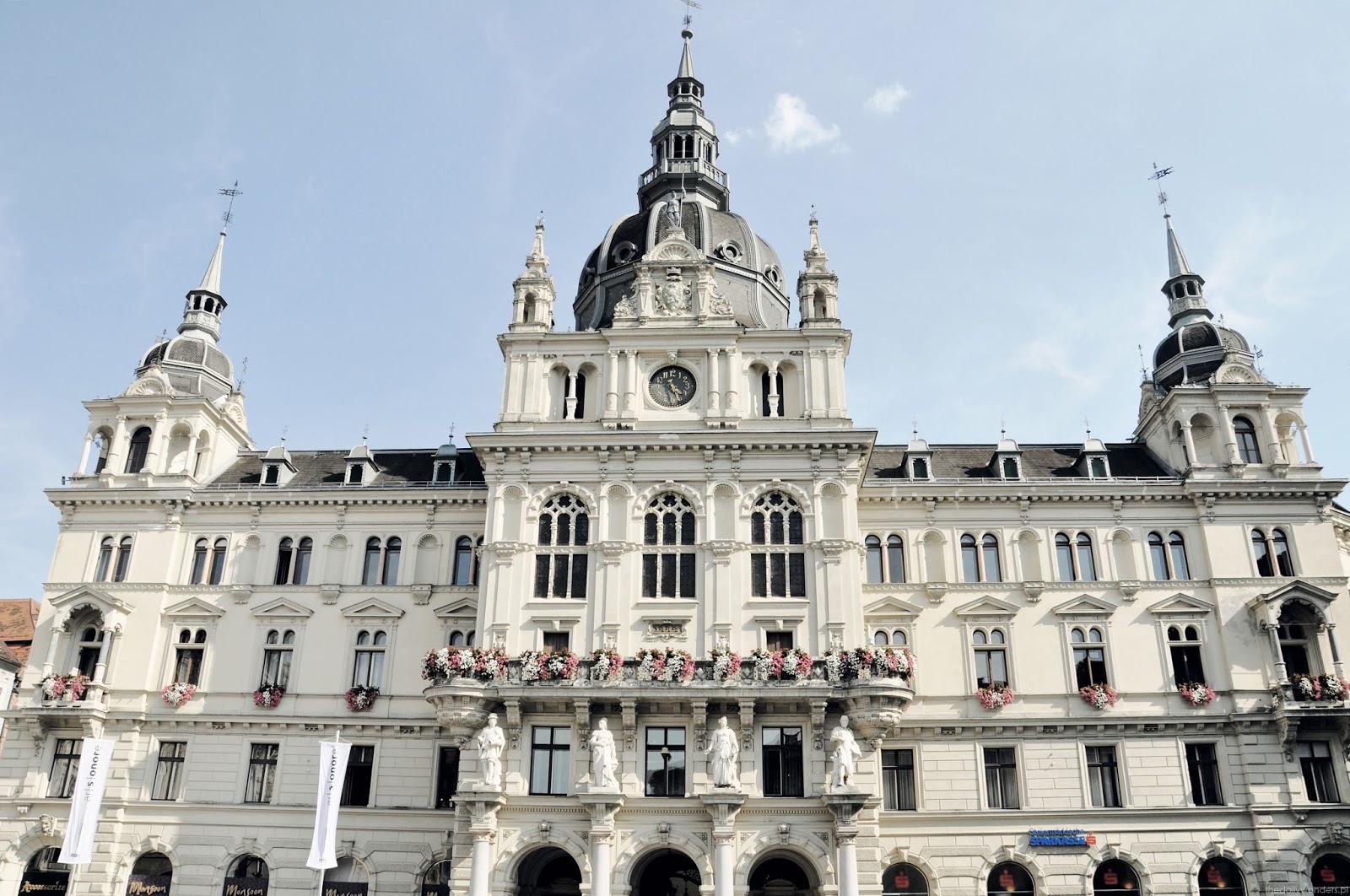 No one will understand the struggle with finding the lactose-free milk until it will be the only option of having a tasty, steamy cup of the facorite drink. I’m one of those who like to meet up with friends for some chit-chats in a nice coffee place and I appreciate the option of wide variety of milks, such as: oat, soy, lactose-free etc. While living in Sweden I never had a problem with it, but Poland was another story. Austria with spreading trend for vegan, eco and bio lifestyle offers countless coffee spots and restaurants where everyone can choose whatever suits them. It makes life easier and tastes great! 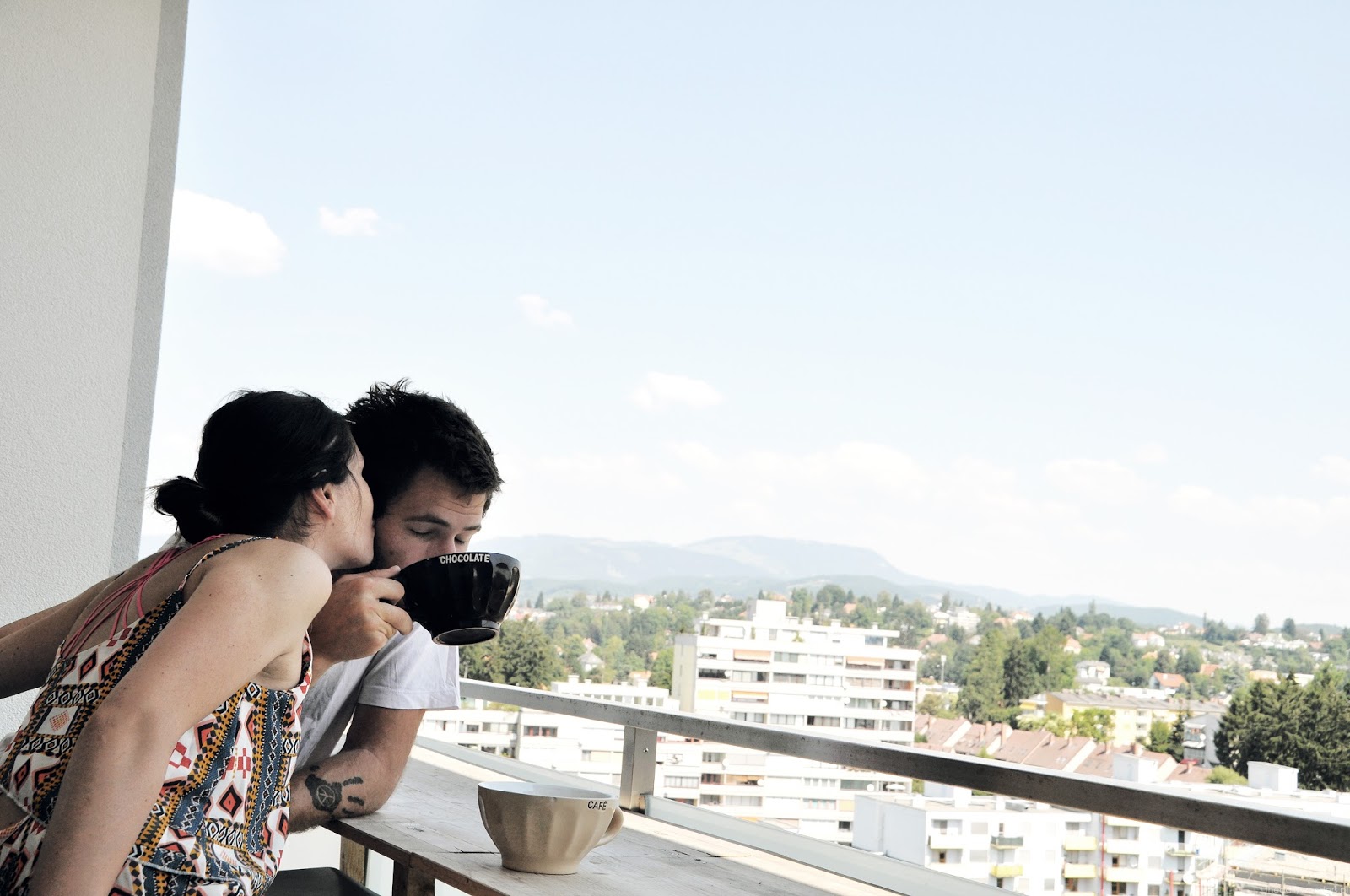 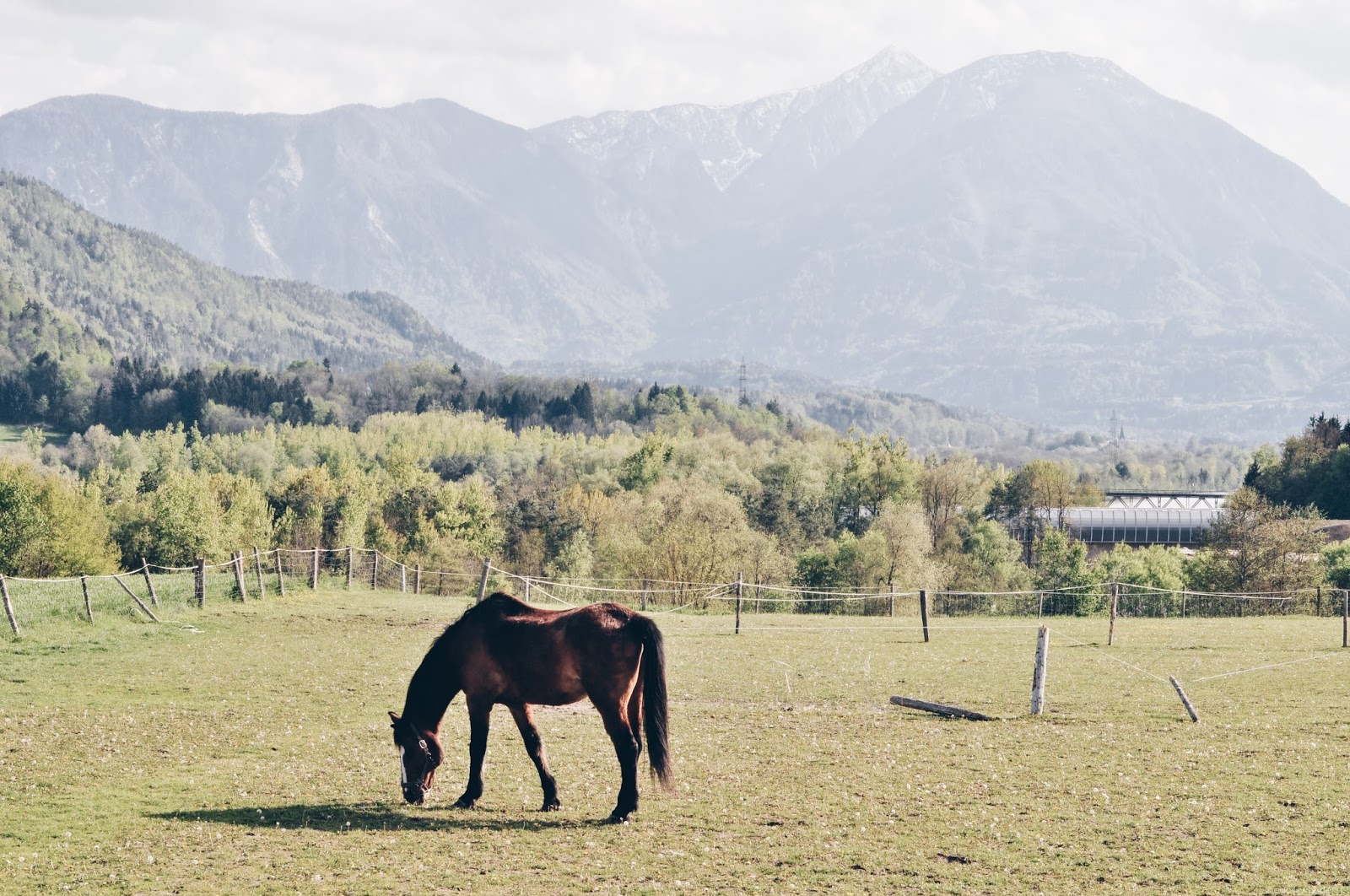 Once, while having lunch with a friend I’ve noticed a small figure in a brown sweater sitting nearby. To my surprise, shortly after noticing it, big brown eyes started staring at me with a wiggling tail. Yes, it was a dog. Yes, in a sweater. Sitting on a restaurant’s chair and everyone was totally fine with it. As said, it’s a common thing in Graz to see people entering stores, cafés or restaurants with their pupils. Fine by me! 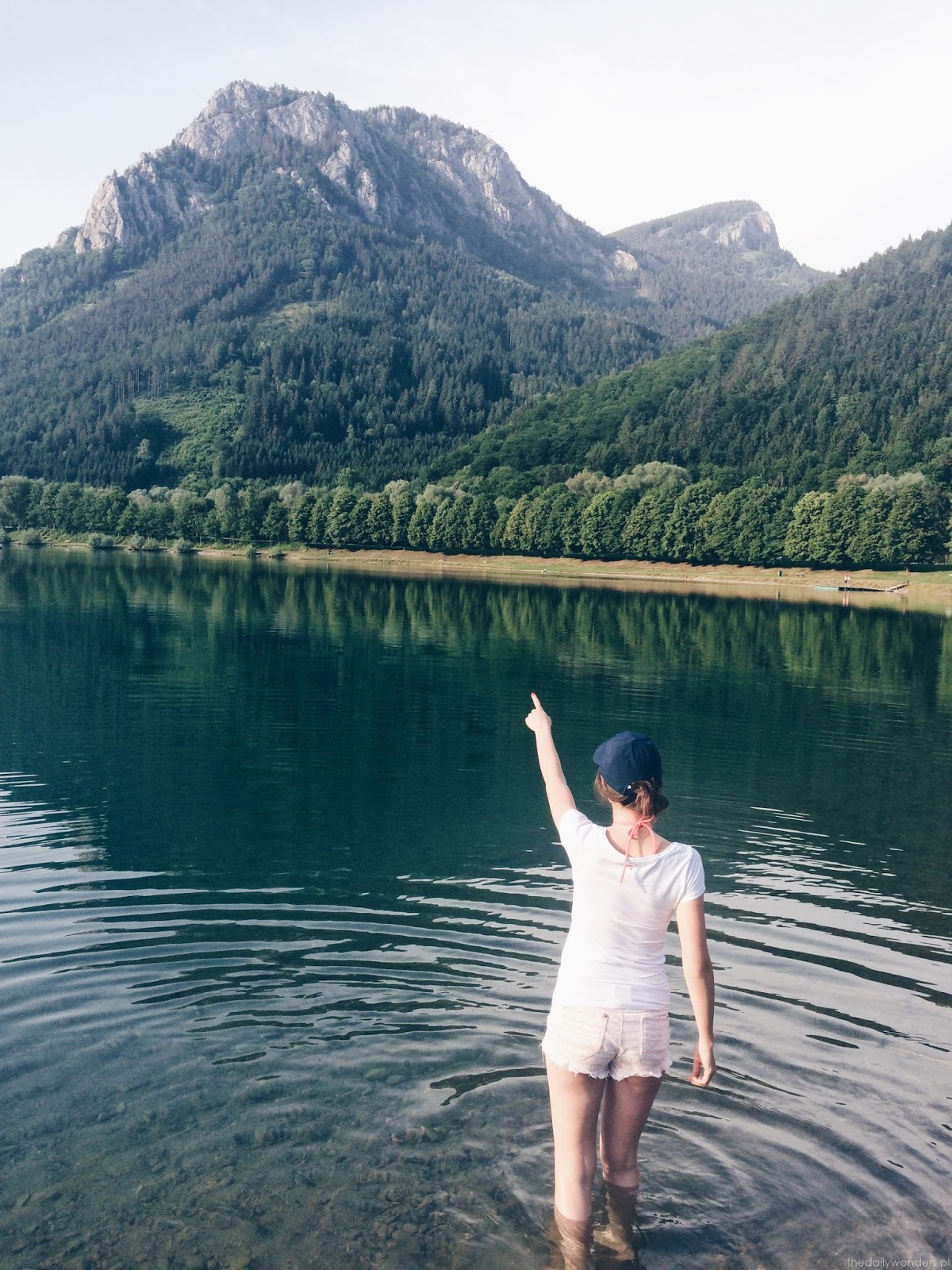 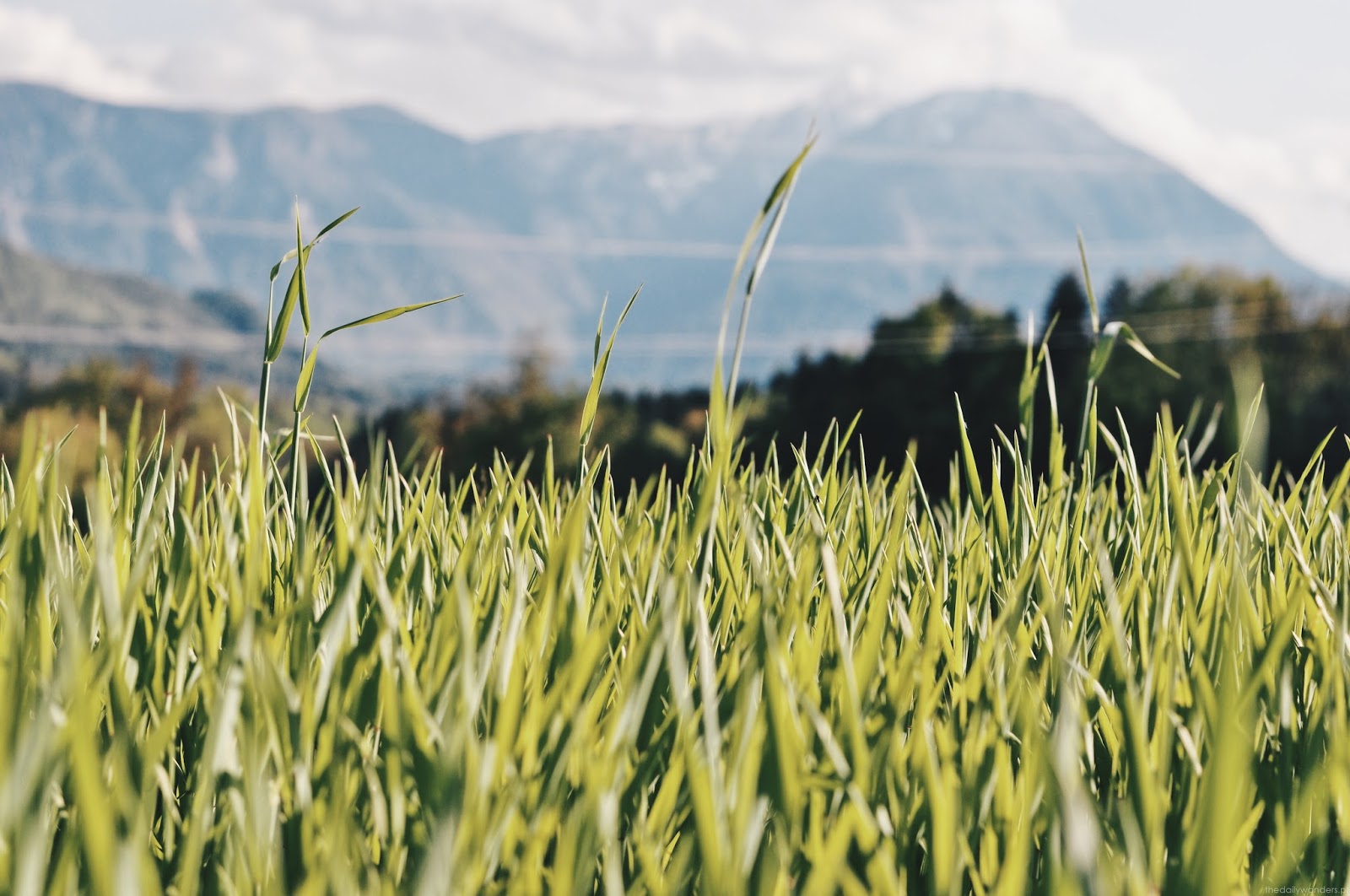 Yes, I know, it’s a very broad statement, but it’s definitely true when it comes to my surroundings. Neighbors are greeting each other, such as passers by in the mountain tracks and people in the small villages. Okay, that’s not so uncommon, but it made a good impression on me. While exiting the store on the Friday evening you’d hear: “have a good weekend!”, while on Monday it’s usually: “have a good week!”. However a formal way of addressing those sentences is used (Mr/Mrs). 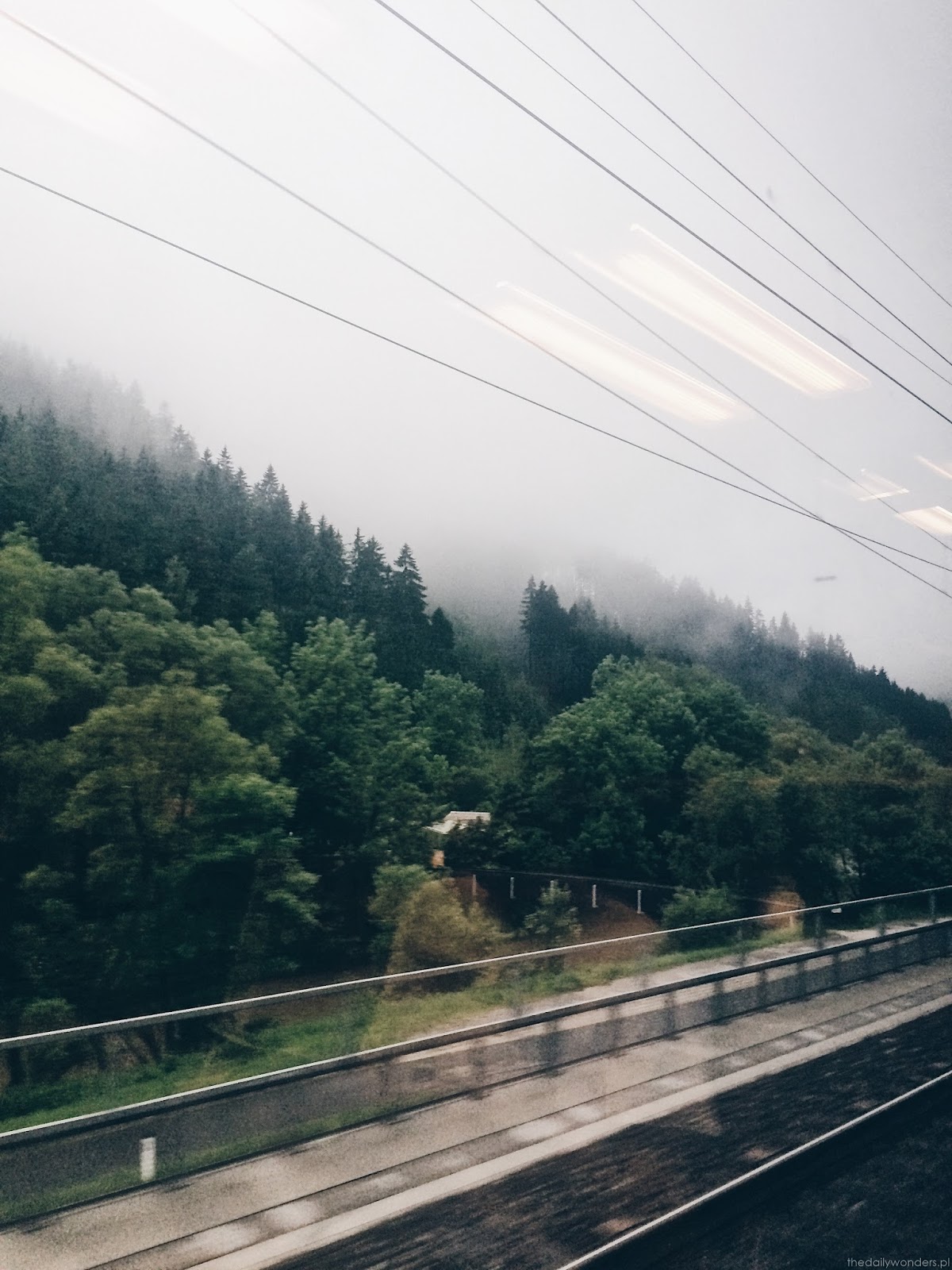 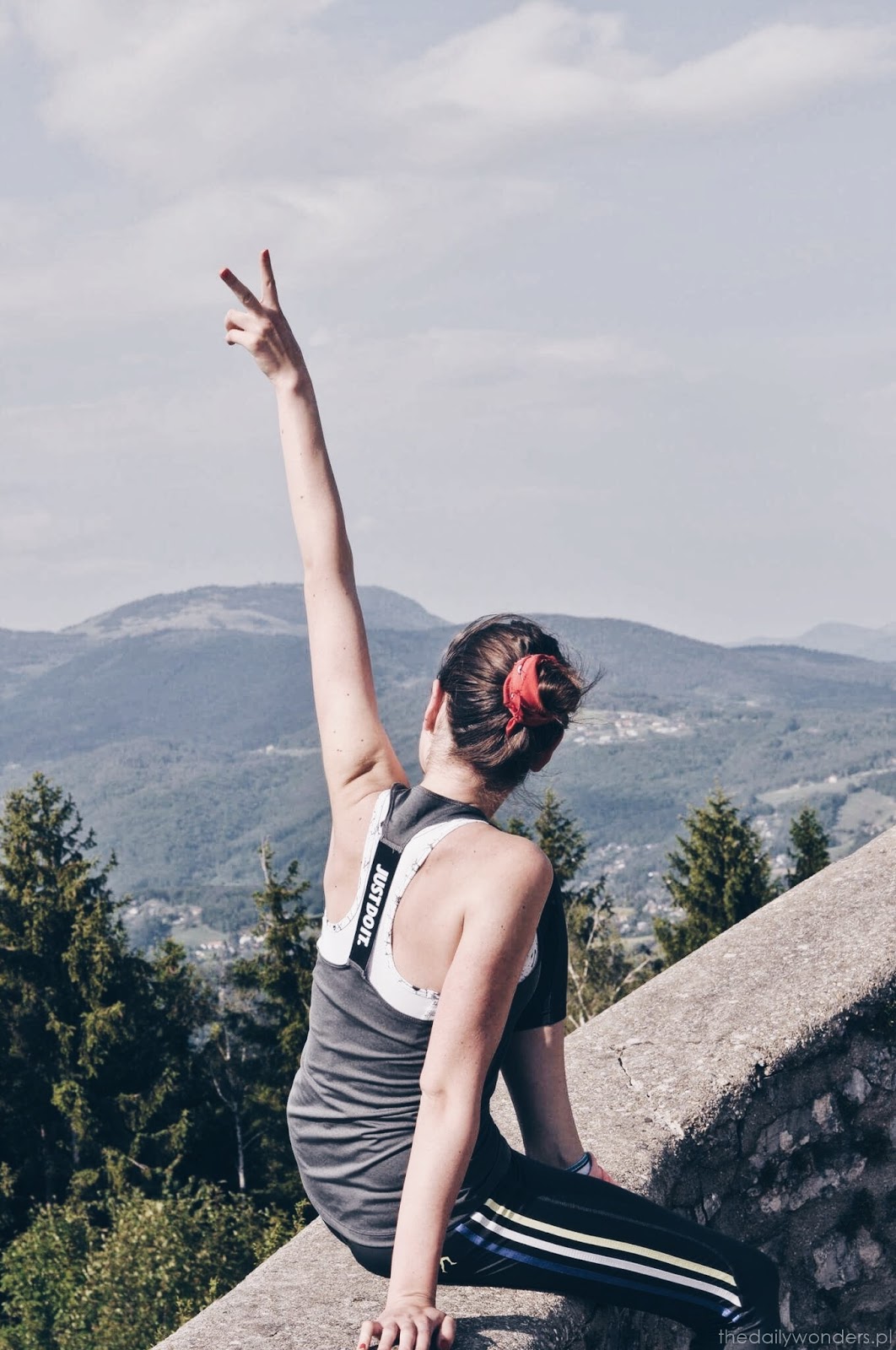 There’s something about noon celebration in Austria. The first time I’ve heard a loud sirene sound I thought it’s some kind of alarming signal. Couldn’t be more wrong. It’s just a notification that it’s noon. Austrians celebrate their free days and pay attention to not disturb this time with any renovations or works or loud music. During the weekends you hear the sirenes, but during weekdays usually it’s just the bells from the church. 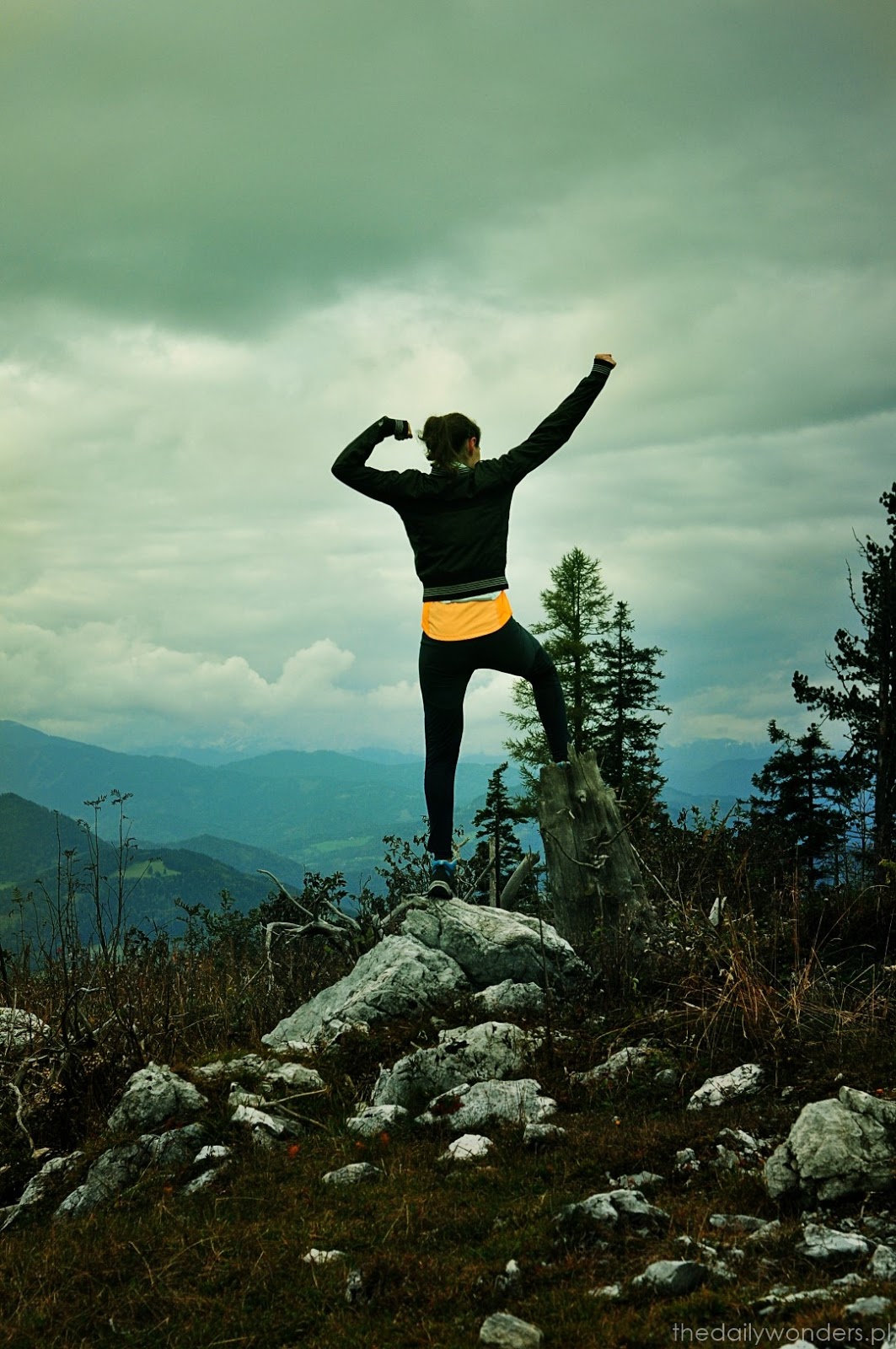 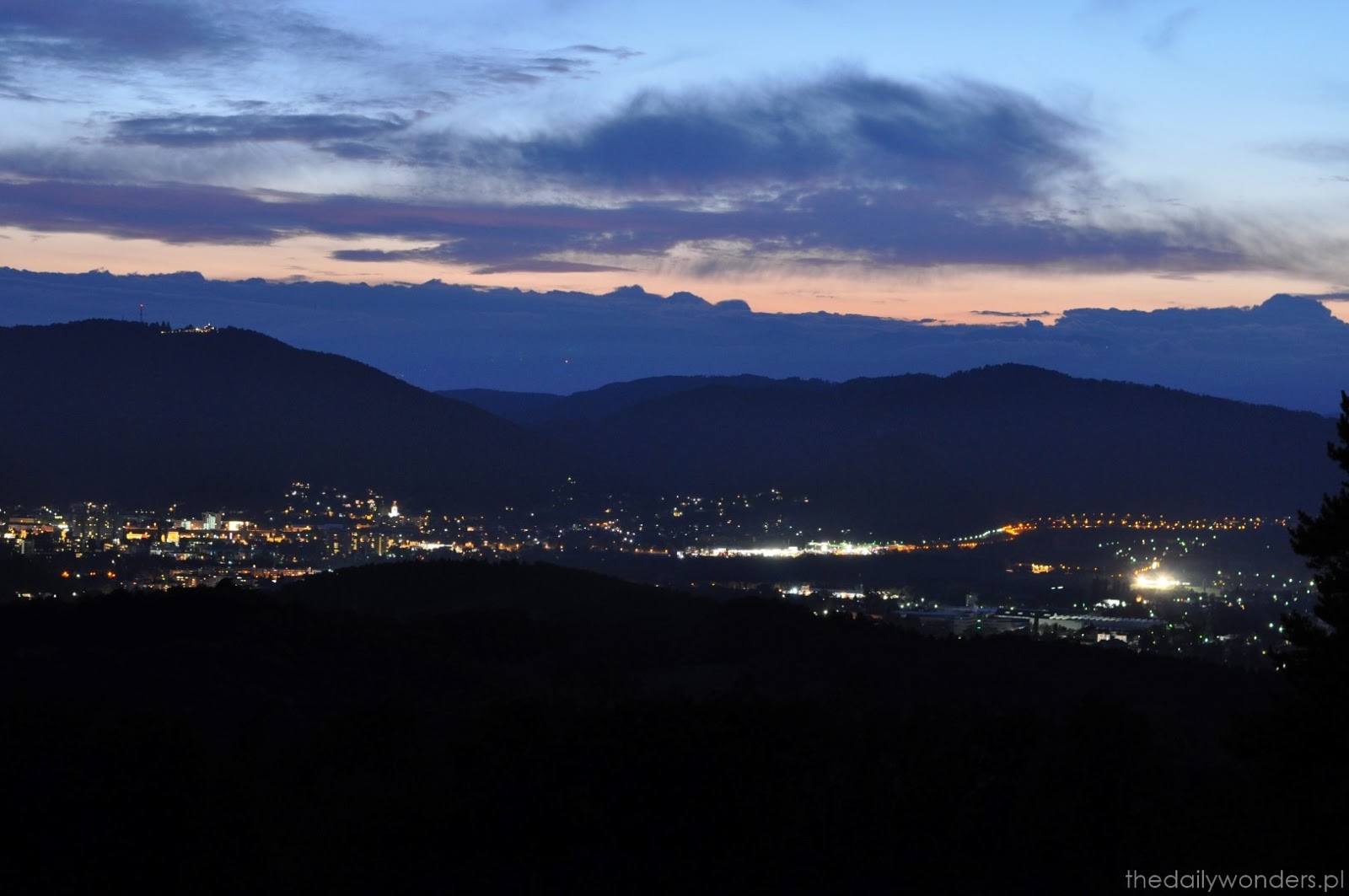 A Clocktower in Graz, the most famous touristic spot has a little secret. Well, maybe not that little, but not many people spot it at first. The size of the clock’s hands is opposite – the longer one shows hours, while the shorter one (added later) shows minutes. So… what’s the time? 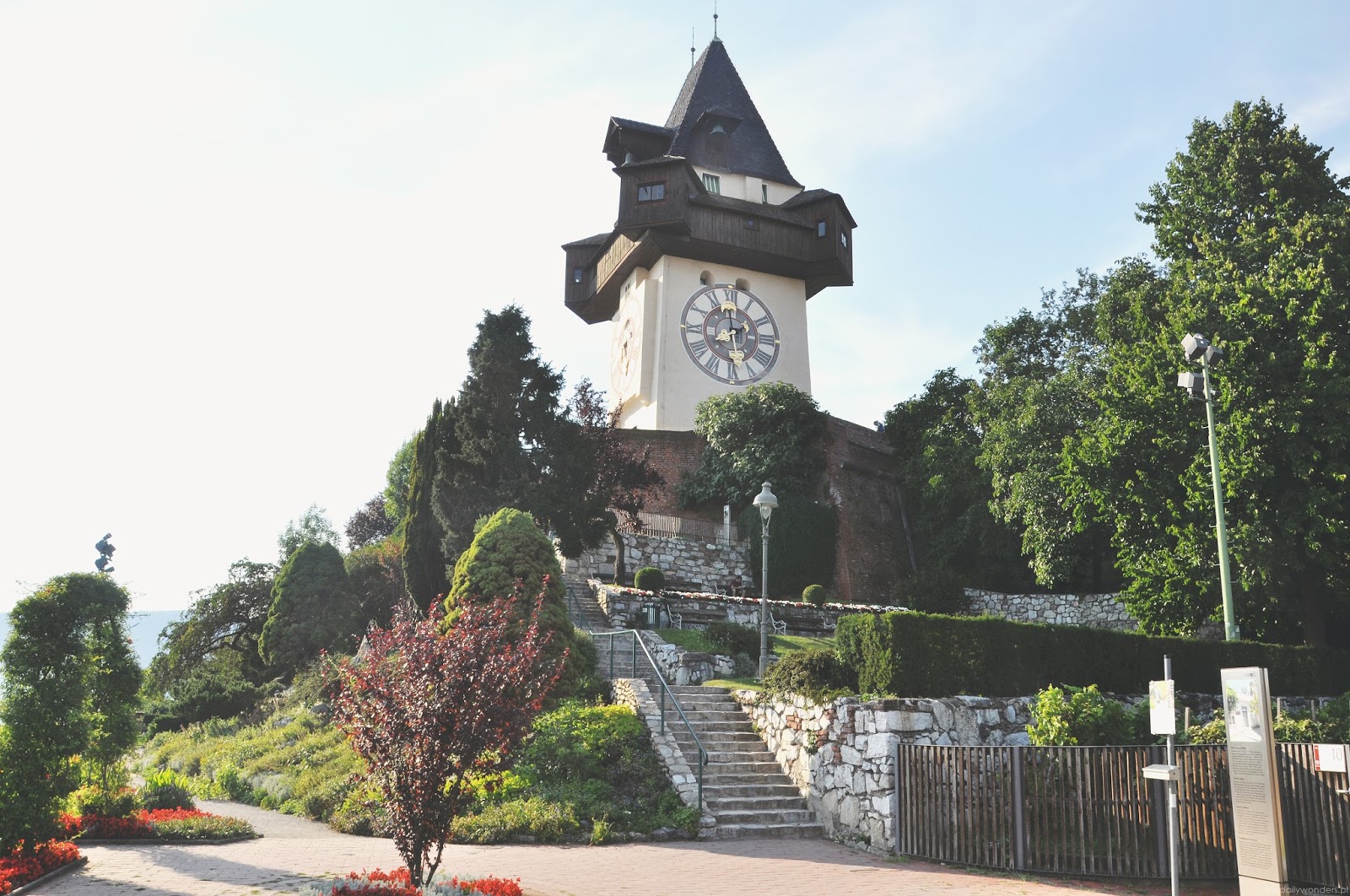 Jause has been a topic of some serious misunderstandings and teasing for me since the time R. announced that he’s not having “sandwiches”, but he’s having “jause”. And apparently jause is one of the most austrian things I stumbled upon. It’s like the holy grail of the meals. A serious topic, you see.

After almost a year of fighting over understanding a difference between a simple bread with ham and jause it occured to me that it doesn’t really have so many differences. It’s mostly about the way it’s eaten and the time for it. Preferably in the evening, with good quality dark bread and a pallette of cheeses and meat (ham, salami, sausage) or some spread (liptauer), eaten in an open way. Jause is a common snack in the beer gardens, as well as in the Buschenschanks (usually local tavern/Restaurant, rustic and family owned). 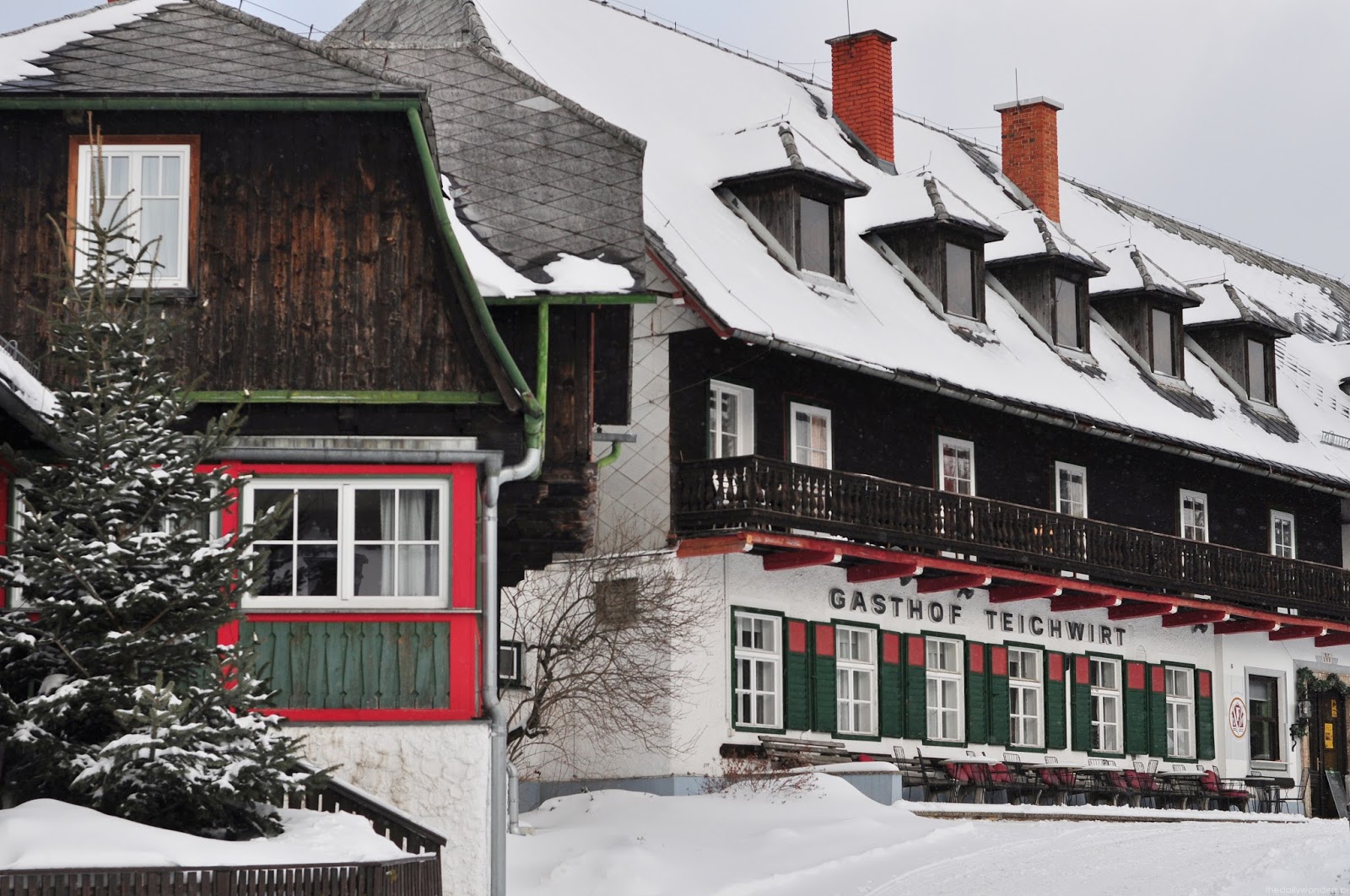 Share with me your favorite places and things from the countries and cities that you live in!

Trip to Tainach and 10 ideas for a weekend getaway